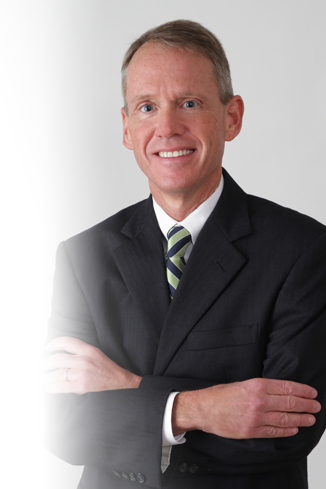 After graduation, Robert moved to Atlanta to practice with a mid-sized law firm in Gwinnett County. In 1995, Robert founded his own firm, where he and Lisa Baggett worked together for eleven years before establishing Solomon | Baggett, LLC.

Robert is admitted to practice in all state and federal courts in Georgia, Alabama and Tennessee. Robert’s practice has an emphasis on litigation, and his practice focuses on civil trial practice in the areas of creditors’ rights and secured lending in bankruptcy and state courts, homeowner/builder disputes and construction litigation, as well as domestic and family law litigation. Robert has appeared as attorney of record in several cases which have resulted in published opinions in Georgia and Alabama. Robert conducts in-house seminars for mortgage servicing clients, suggesting procedures and preventative measures to avoid costly litigation.

Robert is married to Alison Roberts Solomon, an attorney in Atlanta, and they have three children, Rachel, Bennett and Rebecca. When not practicing law, Robert is an active runner and enjoys chasing his children.

Solomon | Baggett, LLC has broad experience representing lenders, creditors and financial institutions seeking representation in all areas of creditors’ rights, including bankruptcy, litigation defense and foreclosure on all types of property, including personal, residential and commercial. Read More

Solomon | Baggett is committed to helping its clients anticipate and avoid problems that threaten their business’s stability, growth and profitability. Read More